There are two types of environments supported by Anyscale: 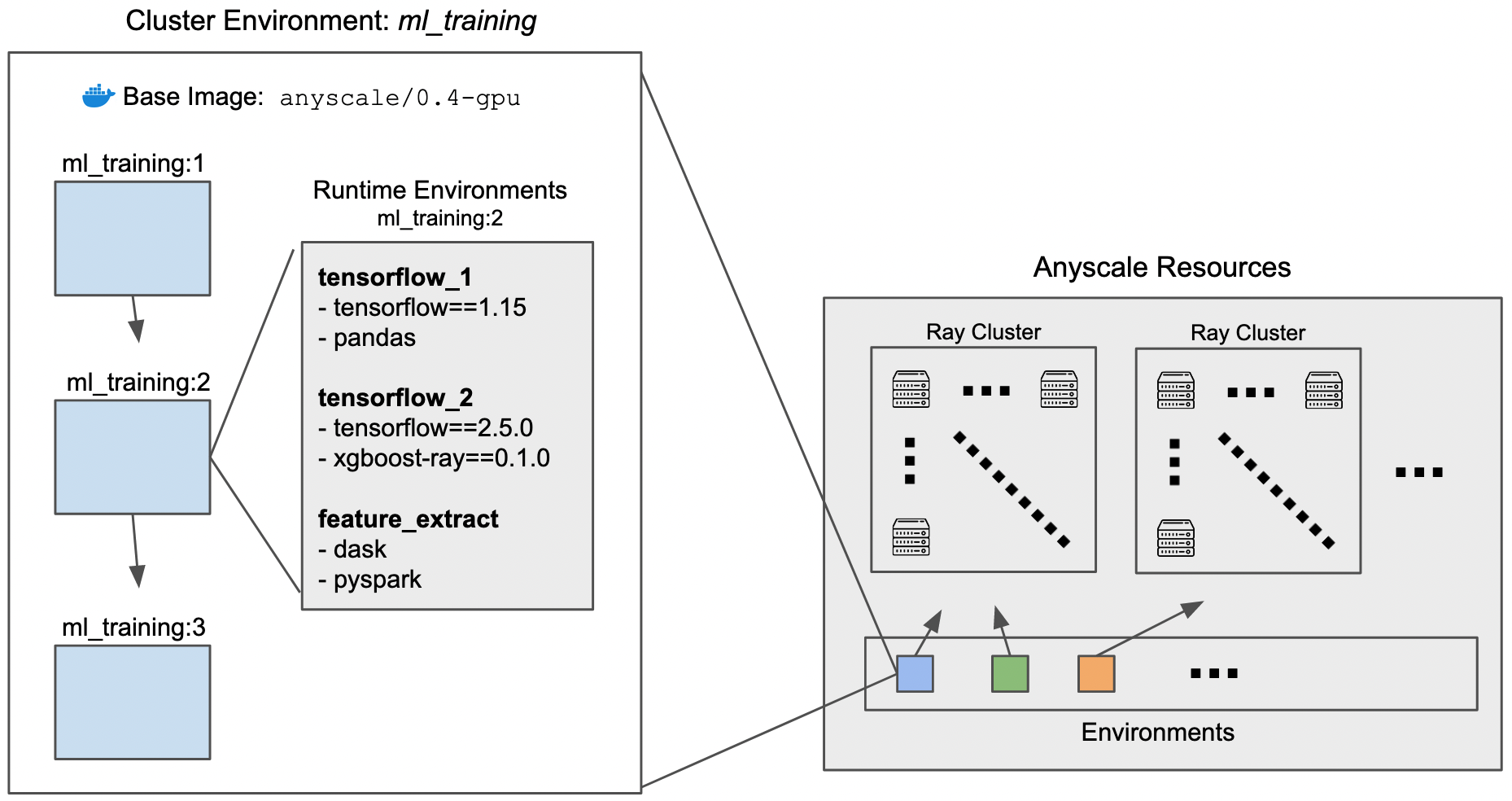 Builds are individual Docker images and associated metadata for an environment at a point in time. Environment builds are immutable and never deleted, so you can always reproduce or rollback to an old state.

As time goes on, you can create new environment builds and incrementally update your application's code and dependencies over time.

The following is a fully-specified example of a cluster environment definition:

Note that you can specify the following in your cluster environments:

You can create a cluster environment using the CLI, the Python SDK and the HTTP API:

For more information, you can check the full reference of the CLI, Python SDK and the HTTP API.

You can do this by using the environment variable syntax:

Alternatively, you can hardcode the cluster environment within your script:

A runtime environment is a JSON-serializable dictionary that can contain a number of different options, such as pip dependencies or files. Please see the Ray documentation for more details and the full list of options.

The example runtime environment below syncs the local directory and installs a few pip dependencies:

You can also use schemes such as s3:// ans gs:// to specify code located elsewhere.

Your working directory might contain testing artifacts or other data that is either large or that you don't need on the Ray cluster. If the directory is larger than 100M, Anyscale will not upload it. In order to prune large files and directories from your runtime environment, use the excludes key in its configuration. excludes takes an array of strings, which can include .gitignore style wildcards:

If you need a large working directory, consider putting it in the cloud ahead of time and referencing from there:

The runtime code from your project is uploaded to a temporary location on each node in Ray cluster. You can find the Ray runtimes under /tmp/ray/session_latest.

By default, all tasks and actors in a job will run in the job-level runtime environment, but you can also specify per-task and per-actor runtime environments. This can be useful when you have conflicting dependencies within the same application (e.g., need to use two different versions of Tensorflow).

You can specify the runtime environment in the @ray.remote decorator or using .options: